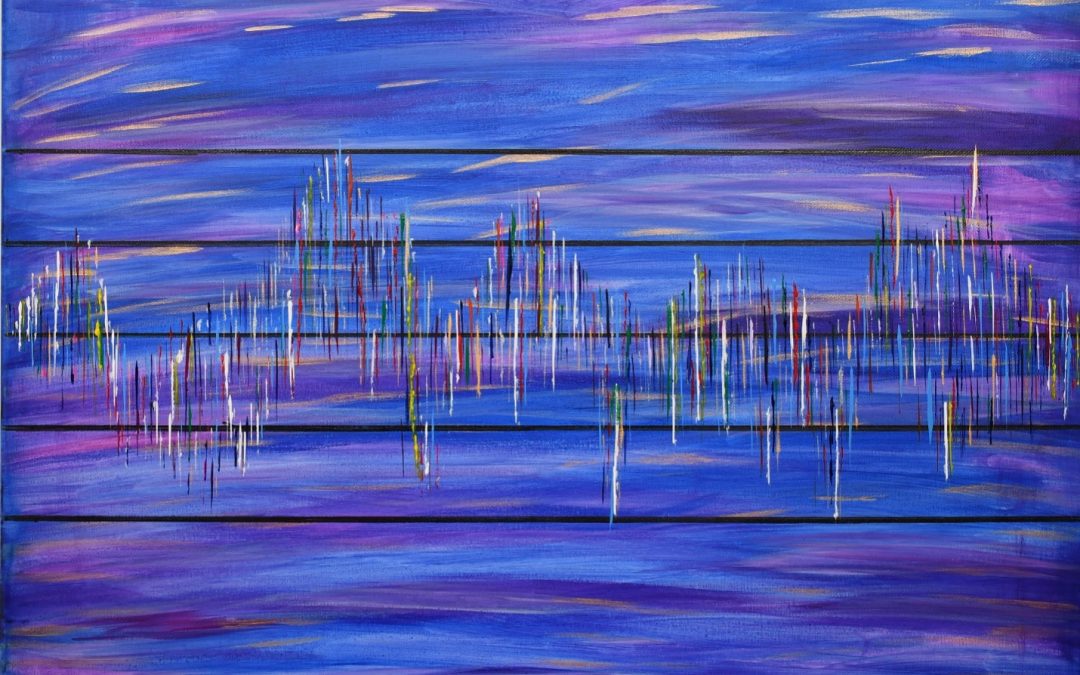 It has been a long hard winter in so many ways. We now have a new season, a new cycle, Spring has now arrived, we have warmth in the sunshine, spring flowers blooming in our gardens and the hedgerows. For me also, a new cycle begins, a new creative endeavor.

Some of you will know that I started painting in 2019, a totally new creative avenue for me.

What got me started? I watched a video called There’s An Art To Life with Kim Tabay on Highvibe tv. It had the most powerful impact on me, so the next day I ordered canvases , went and purchased paints, brushes and an easel.

One of the paintings I did at that time was called Sarah’s Song for a very special young woman and is similar to the painting Me. There is a deep connection between them, maybe, sometime in the future that connection will be revealed.

This painting is called “ME” and I finished it last month. It is a visual representation of a poem by the same name.

The poem was written by my daughter Zoe when she was 11 in 1988. I did not know about this poem until 1990. I found the poem in one of her schoolbooks a few weeks after she died.

As long as I live

I shall always be

Myself and no other

Or a violet sunned by the sun

And with dewdrops wet

Till the day come on

When I leave this body

It’s all then done

And the Spirit within is gone

The Poem is from a Limited-Edition book called Dragonfly that came to fruition in 2011. The poems in Dragonfly were written by my youngest daughter Zoe and eldest son Duncan.

I now have 5 poems from the book on my website. Prints of these, along with prints of some of my paintings and photographs. These are all available to buy on my website, come take a look sometime.

As a special offer for the month of April 2021, all prints purchased of the painting “Me” will come with a complimentary print of the poem “Me”.

The poem “Inspiration” is also one of the 5 poems.

This poem was a Mother’s Day present from Duncan on 10th March 2002. I was in Cologne, Germany at a conference at that time. Duncan called me on that Sunday morning and recited the poem to me. I got him to repeat it several times because it was such a surprise to hear his voice and the profound message in the poem. Who was to know at the time, that it would be the last Mother’s Day gift that I would receive from Duncan. Duncan died unexpectedly on the 1st February 2003.

Today is a day just for you

In more ways than one that rings true

Because this is the year

You dismiss your last fear

And succeed in the land of the new

And don’t be afraid of the ride

And if success is a feeling

Learn to walk on the ceiling

And enjoy the abundance inside

I suppose what I’m trying to say

Is believe in the work you portray

You’re the best and you know it

Now come back and show it

There’s nothing to stand in your way

This year is the 10th Anniversary of Dragonfly and I will be releasing 10 copies of the book.

I will update you in the next few weeks about this and the story of how Dragonfly came into being.These books will be sold at the original cost as no profit is made from their sale.

Much love and laughter,